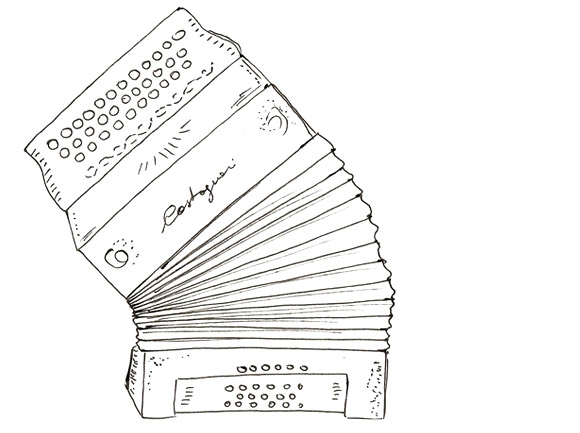 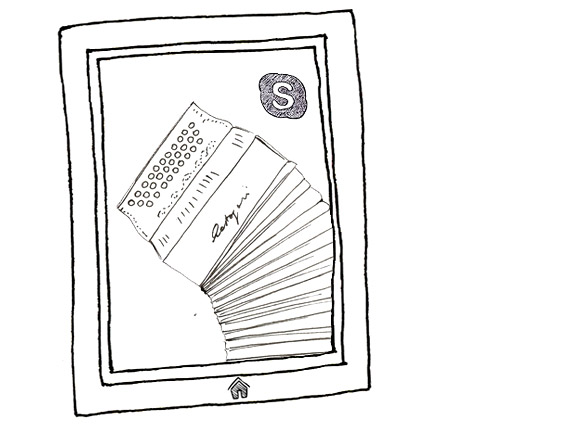 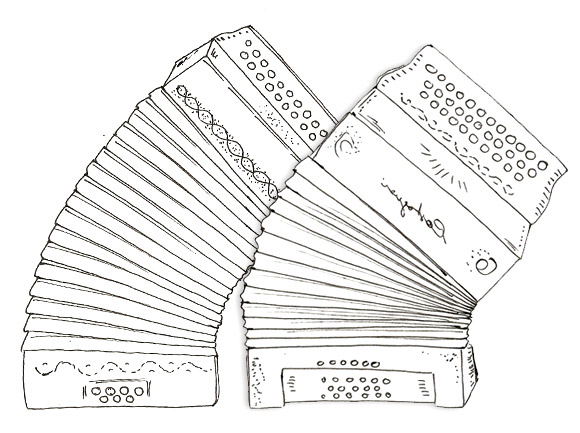 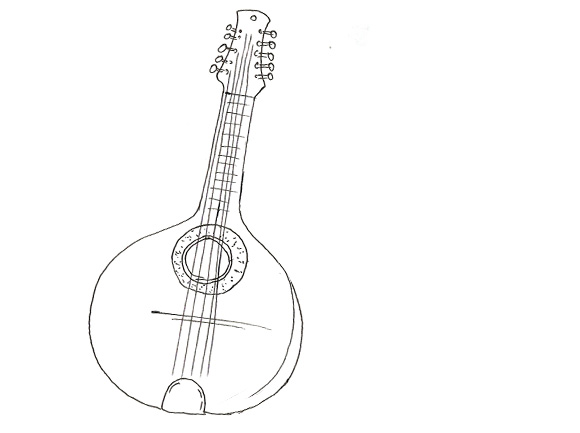 Filippo Gambetta provides lessons on the diatonic accordion, both on the G/C system and the Irish system in B/C.
Through the course, a lot of basic technical aspects are treated. Here are the main subjects usually tackled:
– Technique (exercises on major and minor keys, music notation, tablature reading, finger training)
– Phrasing and interpretation while performing specific traditional repertoires (such as traditional irish music, traditional music from Central France etc)
– Accompanyment and rhythmical aspects (rhythmical patterns, chords, triads)
– Use of the bellows and of the air button; how to obtain a proper sound through the correct use of the bellow and to optimize the use of the air button
– Expression (dynamics, interpretation, variations..)
– ABC of the European bal folk repertoire for G/C diatonic accordion (chosen tunes)

Button accordion lessons via Skype are also available to all levels of students worldwide.
Lessons are given in Italian, English and French.

Traditional music from the Ligurian Appennine area “Quattro Province”
Workshop focused on the Piffero (popular oboe-like double-reed instrument played in the Ligurian Appenine Mountains ) repertoire. Through transcriptions both on music notation and diatonic accordion tablature, we’ll study in deep interpretation, phrasing and expression on dance tunes such as Alessandrine, Monferrine and Piane, making an attentive comparison with piffero’s interpretations and characteristics.

Original compositions for 2 rows / 8 bass accordion
Otto Baffi is Filippo’s new album dedicated to the 2 row 8 bass accordion. This workshop is based on the repertoire of the cd, mostly characterized by danceable melodies (scottish, bourrée, polka..). Through the tunes it is possible to work on expression, harmony, phrasing etc. The repertoire proposed is available both on music notation and in diatonic accordion tablature.

Traditional Irish music on the G/C accordion
Is it possible to play traditional Irish music on the G/C box, considering that the Irish System accordion is preeminently in B/C ? The course will be based on modal melodies (especially Mixolydian and Doric ones), representing a first approach to phrasing, ornamentation and accentuation of this music. By avoiding cross-row techniques, the workshop will exploit the similarities between the G/C and the B/C accordions.

Accompaniment on the 2 rows / 8 bass accordion
A first glance to harmonic and rythmic elements finalized to the use of the diatonic accordion (2 rows / 8 bass) as an accompaniment instrument. The workshop will touch topics such as Triads, Voicings, Rythmical Patterns, Extended Chords and Free Bass techniques (in opposition to the canonical use of bass and chords on the left hand)