It’s a dancing party today at the Circo Carnevale!
No social distancing: this is the celebration of proximity, sharing, while dancing until the morning. A dance party on the notes of diatonic accordion, fiddle and piano, between a circle dance that makes us rediscover the sense of community and a couple dance, in which the dance merges into an embrace after an intimate dialogue of bodies and souls .
A free and liberating dance, open to everybody, today invades the runway of the Carnevale Circus.
The three Ligurian musicians Filippo Gambetta (diatonic accordion), Sergio Caputo (fiddle) and Fabio Vernizzi (piano / el. piano) are united by the passion for musical creation within the genre contaminations and in this record they confirm this through their innovative approach aimed at ” Bal Folk “.
Maestrale is a project born in the summer of 2017 together with the guitarist Carmelo Russo, who passed away in 2020. Filippo, Sergio and Fabio create a sound combination of themes that refer to the idioms and forms of traditional European music, especially from Italy, France and Ireland, combined with the sounds of jazz and world music. The first album of the project was released in 2019, released for Visage Music (Italy).
The Maestrale project has performed in numerous national reviews including Etétrad, Civitella Alfedena Folk Festival, Popular Music Festival of Forlimpopoli, Suq Genova, Summer Solstice Festival, Sounds of the Murgia, Concerts at the Abbey of San Fruttuoso in Camogli and Via Adriatica Festival and in Switzerland at Heiden Fest and Luzern Fetival In den Strassen 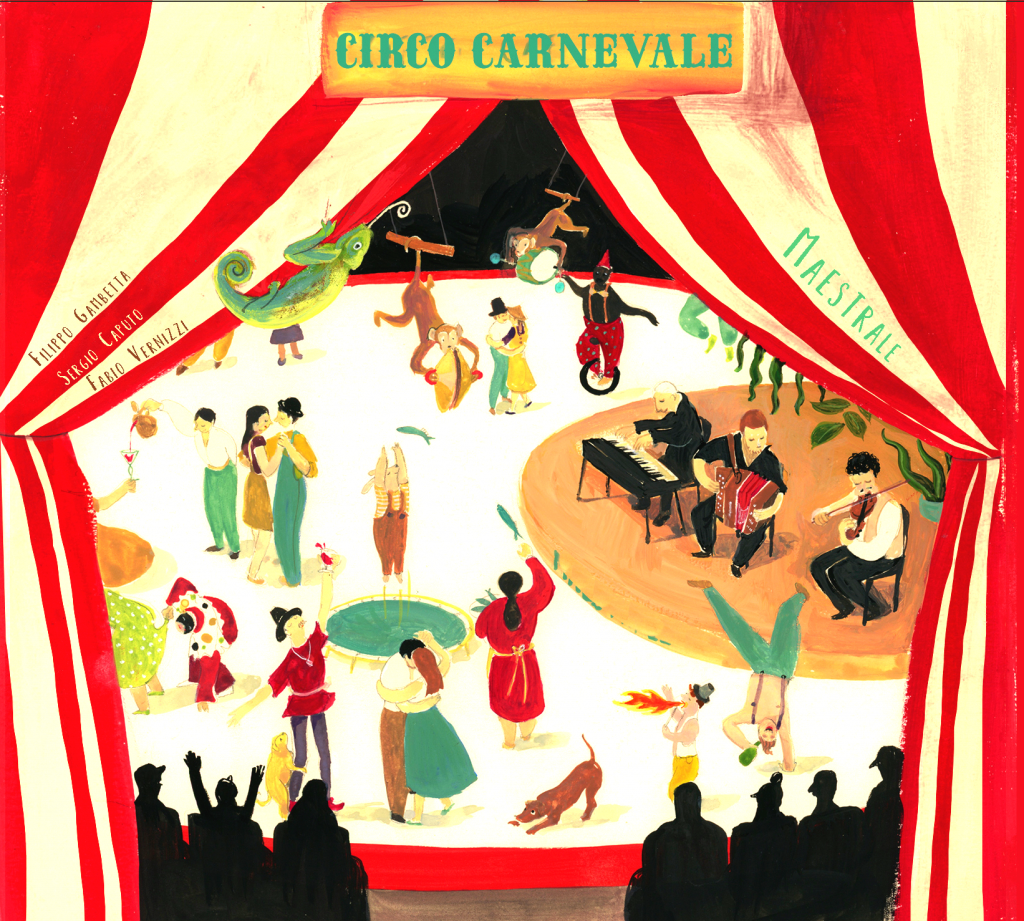